We have been working hard in netball club to develop our skills.  We were fortunate enough to have been invited to a friendly competition at Sir Christopher Hatton Academy where we played a few matches against other teams.  We took 2 teams to this competition and all the children played brilliantly and represented the school superbly.

Our next tournament is on March 27th at Sir Christopher Hatton Academy.  We are looking forward to taking a team to this. 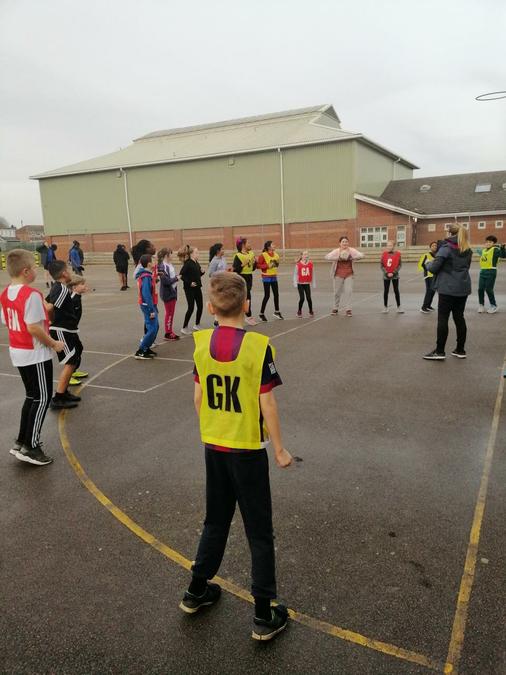 Our 2 netball teams warming up before the friendly competition.

After a hugely successful Netball season last year winning the East Northants Netball tournament and progressing to the School Games and coming home with bronze medals we are really looking forward to another season with our new athletes.

Netball club for Year 5 and 6 children is on a Monday after school 3:30-4:15. Please make sure you have PE kit and outdoor footwear.